Ithrons biggest problem aint made up demons, especially if they should just be left alone to do what they want cause they strong. 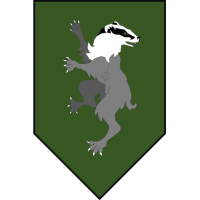 yeah, that an' Hollyhead Harpies supporters, they're proper wrong'uns an' all.

graham t wrote: ↑
03 Sep 2019, 20:58
Probably not Archmage. Attacking with the intent to destroy something is different to antagonising something you know, from experience, you cannot harm.

Again I'll ask those better versed in the demon. Was this one in the compound immune to enchanted weapons? Could it be struck infinitely with no effect?

To answer your question, this particular demon would not have been immune to enchanted weapons, and would have been sent to Sharda, however, it would merely have been inconvenienced, and should it have chosen to, depending on certain limitors due to the Pact, could have just repeatedly returned as many times as it was sent back.

I hope that helps,

From what I was told of this demon, if we were to attack it (as I nearly was as I had an enchanted weapon), my head would most likely end up in Tholon, my leg in Ethron, another leg in Axir, and so on. This is why I personally did not attack.
Grell Ddraig
Guardian and Bearer of the Book of Grudges
Herald of Meri Lwyd
Dwarf
Master Blacksmith
Armour Specialist
Maker of Steel Shields
Battle Smith to the Church of Crowa
Owner of The Drunken Anvil Tavern
Top
Post Reply
83 posts

Return to “The Daily Adventurer”